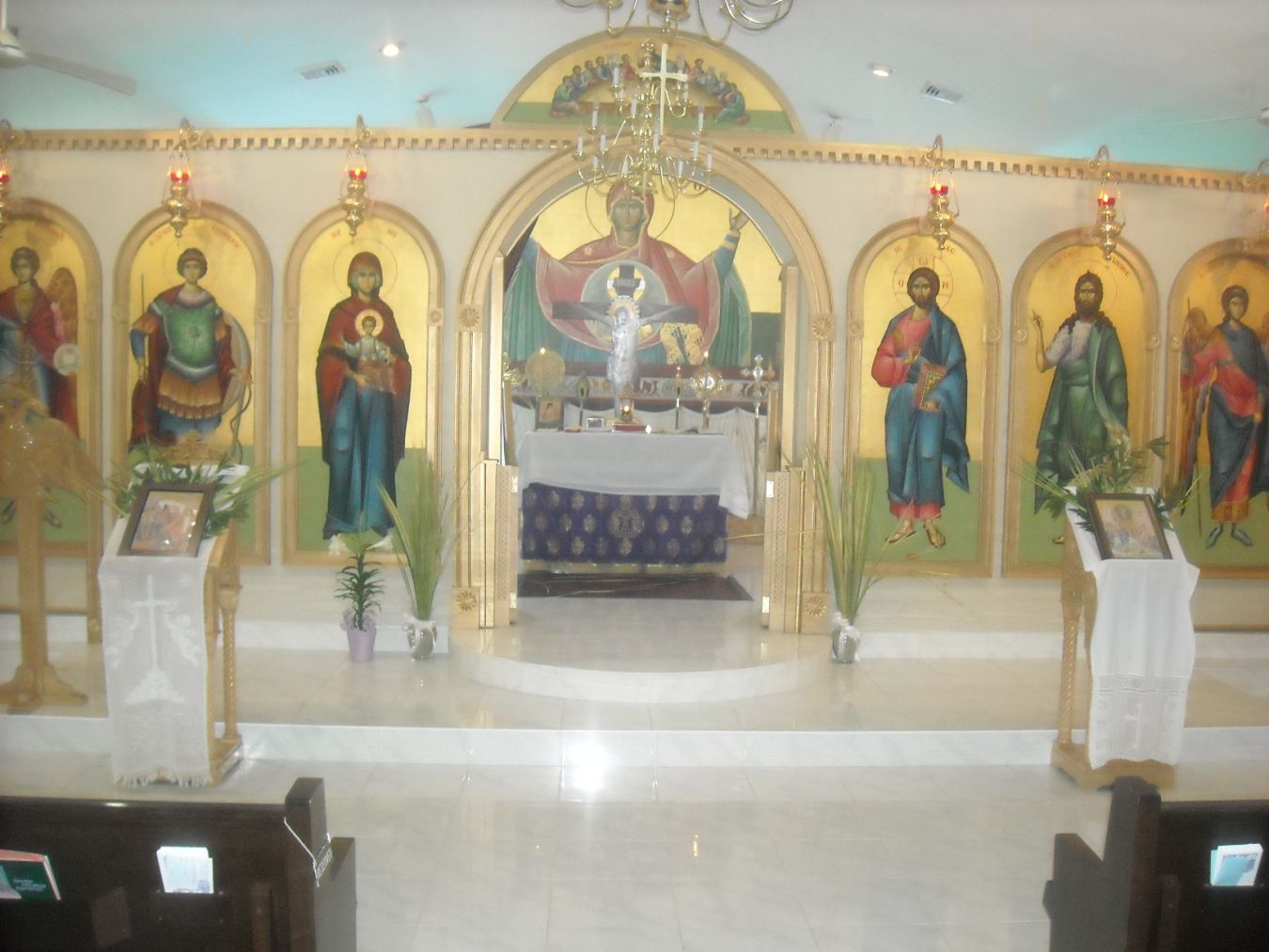 The Saint George Greek Orthodox Church in Ocean City, Maryland was built during the fall of 1984 and was completed in the spring of 1985. Named in memory of Evanthia Cappy’s father, George Dotska, the church was constructed as a labor of love by Michael Cappy.

Mike and Eve relocated to Ocean City in 1979 where they opened Dolphin Real Estate and Dolphin Construction. After building many condo’s, townhouses & shoppes, the opportunity came to purchase the lots and begin construction of the church.

Prior to the building of the St George Greek Orthodox Church in Ocean City, worship services were held in Salisbury one Saturday a month except during the summer where Father Michael Yachnis conducted Sunday services in the Episcopal Church on Coastal Hwy.

Drawing on his over 30 years of experience as a builder, Mike was able to obtain from many of the local subcontractors and suppliers, donations of time, labor and materials and before long the dream of a “Greek Church” in Ocean City became a reality. During construction people gave of their time and money, and even the church communities of Washington, Baltimore and Virginia provided some of the religious items by either donation or loan.

The first liturgy was celebrated by Father George Gallos with Father John Tavlarides assisting on June 22, 1985. The second service on June 30th was performed by Father Michael Yachnis, which was a dream of his also to have a church building in Ocean City.

Psalms 127:1 says “Unless the Lord builds the house, they labor in vain who build it.” Mike and Eve are always mindful of the fact that the St George Greek Orthodox church was built for the Glory of God. 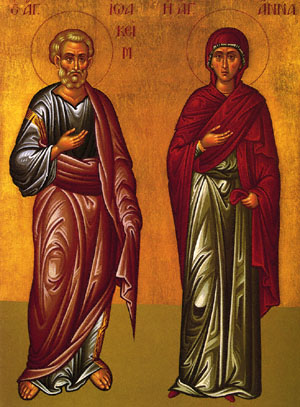 The Holy & Righteous Ancestors of God, Joachim and Anna

The Holy & Righteous Ancestors of God, Joachim and Anna; Severian the Martyr of Sebastia; Theophanes the Confessor; Afterfeast of the Nativity of the Theotokos; Memory of the Third Holy Ecumenical Council in Ephesus

Visit the Online Chapel for more daily readings, hymns, a monthly calendar of saints and feasts, and more.